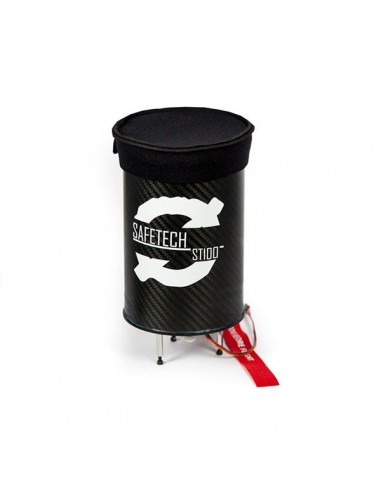 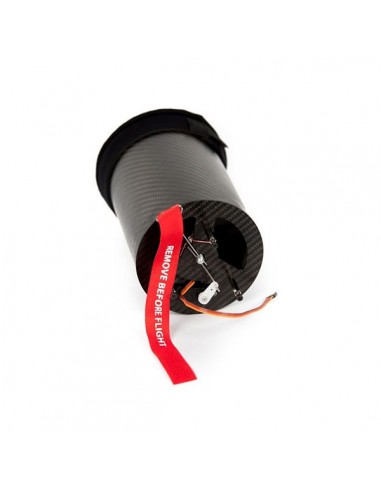 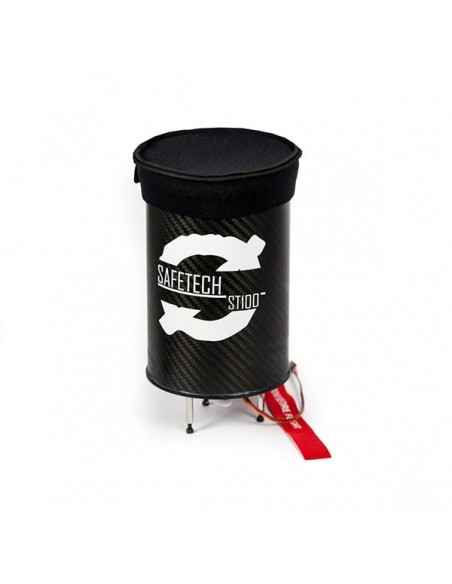 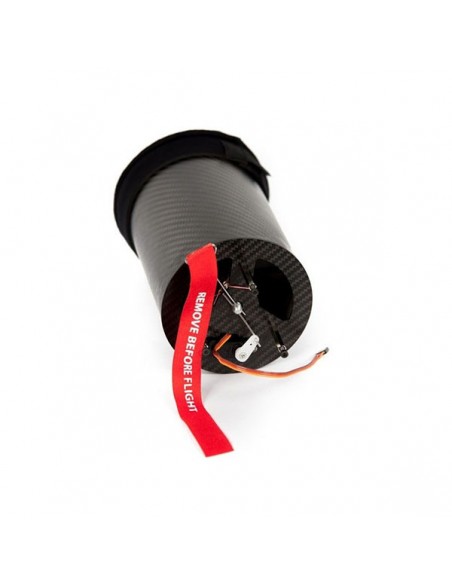 This new emergency parachute device will allow you to secure an unmanned aircraft that weighs up to 9 kg in all circumstances.
It will guarantee an impact of less than 69J for the S3 DGAC scenario (within the limit of 8 kg imposed by the DGAC).

Thanks to its new extraction technology, the parachute is ejected and deployed in less than 0.8 s, with a height of between 4 and 10 meters.
Unlike competitive systems, Safetech® does not put the parachute under constant pressure, which guarantees safe extraction and rapid deployment, as well as long-term storage of the parachute, without having to repackage it every week.
Resistance to any event

A new parachute geometry has been specially developed to meet the needs of lightness, small size, stability in flight, efficiency during opening. Thus you can benefit from a very low fall rate, maximum energy at impact of 68J for a mass of 9 kg, only for a mass of the system of 700 gr.
This low energy will allow you to easily homologate your machine with the DGAC for scenario S3 (within the limit of 8 kg imposed by the DGAC).
Guarantee of reliability, serenity and safety.