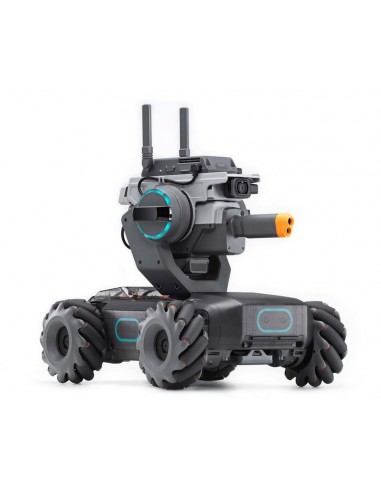 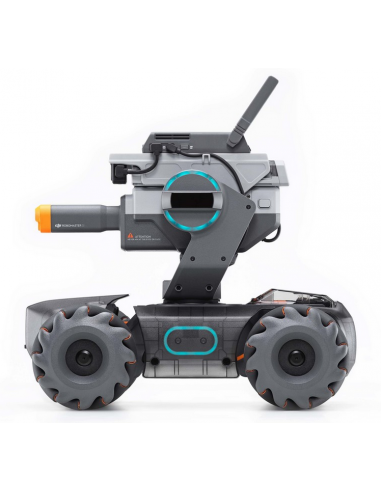 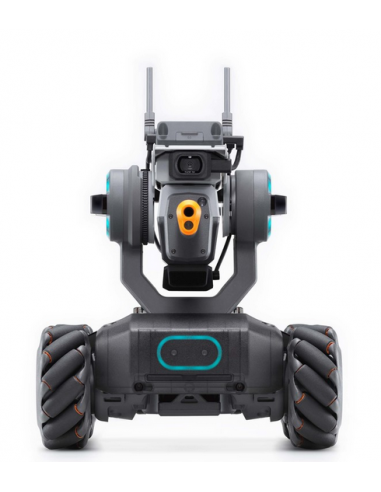 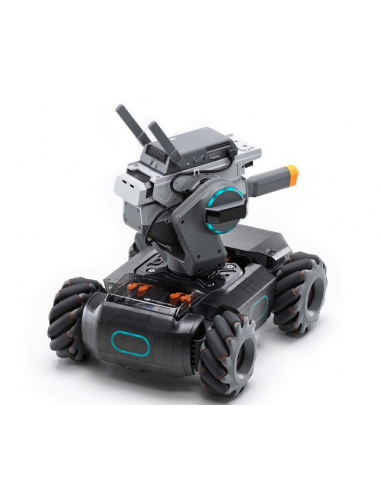 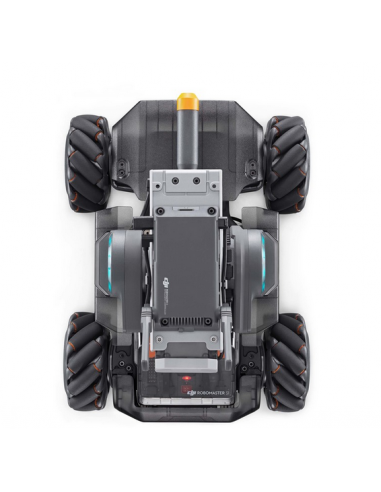 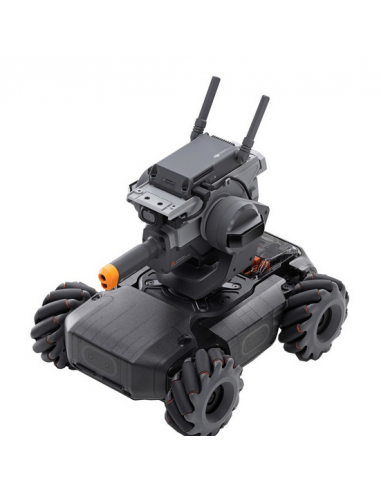 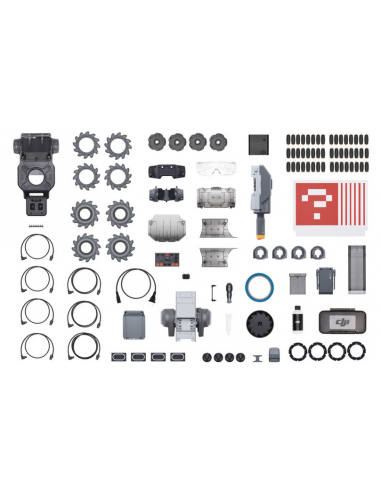 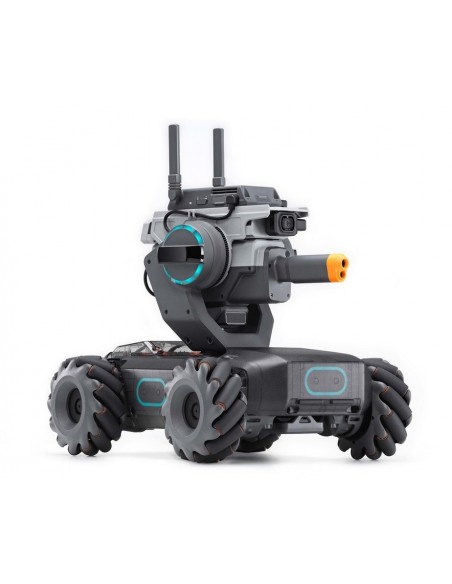 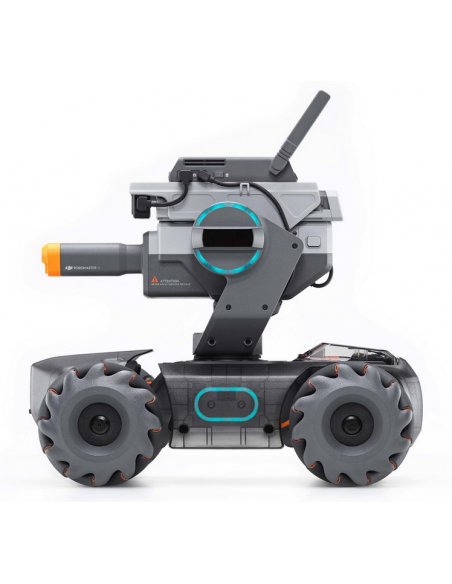 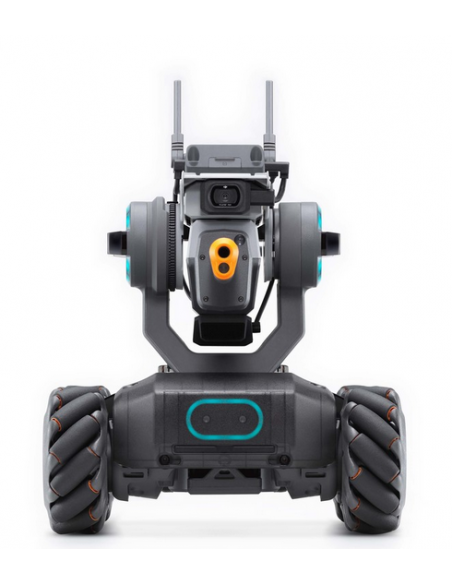 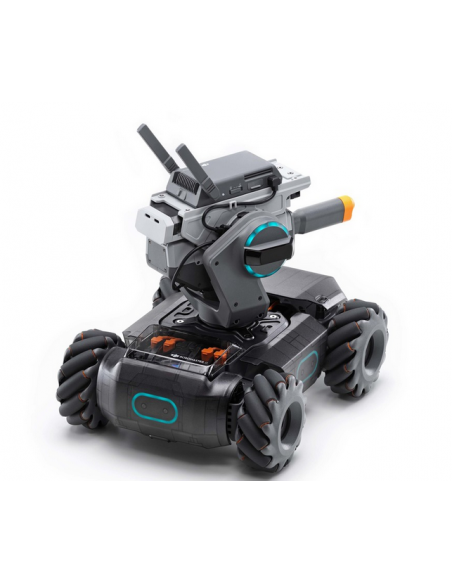 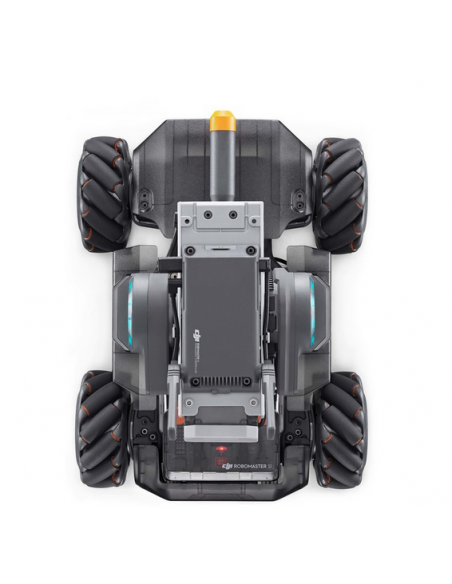 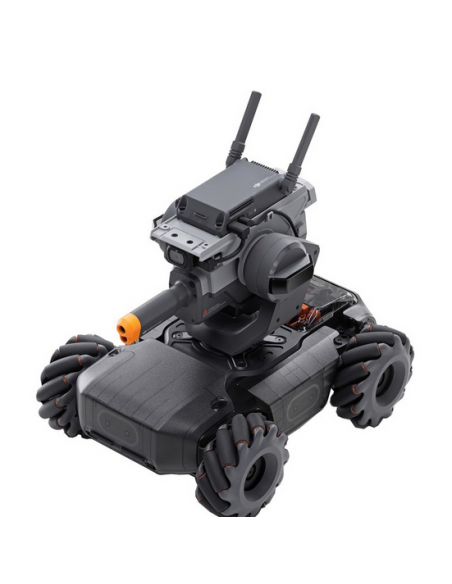 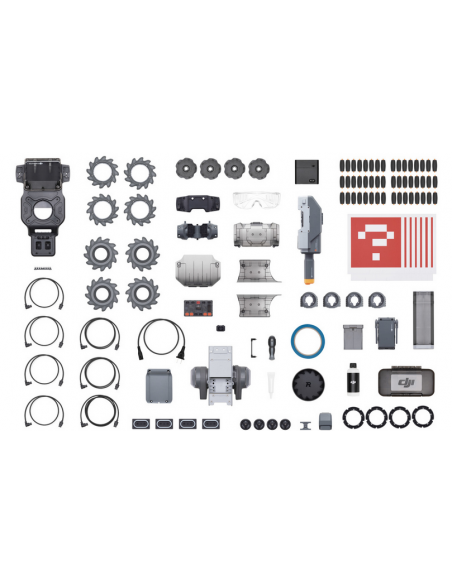 Robot based on DJI RoboMaster, one of the world's most impressive robotics competitions. It combines the game component with learning physics, mathematics, programming and Artificial Intelligence.

Have fun and develop your knowledge to the max.

Modular in design so you can build it yourself, it has 46 components and 6 programmable AI modules under Scratch and Python. Plus exciting racing modes, intelligent bumpers and omni-directional four-wheel drive - everything you need to compete at the highest level.

Its six PWM ports and SBus port multiply the possibilities of your S1, allowing you to use custom accessories, such as linking an SBus-compatible remote control or creating complex programs, with an external development board, that develop the magic of robotics.
Creative learning

The pack includes everything you need to get started with the S1 quickly. And if you want to improve your programming skills, there are courses at Road to Mastery and RoboAcademy offers a complete video library and programming guides that explain the RoboMaster S1 blocks and modules in detail.