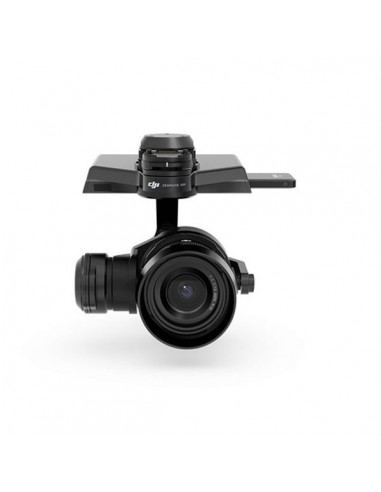 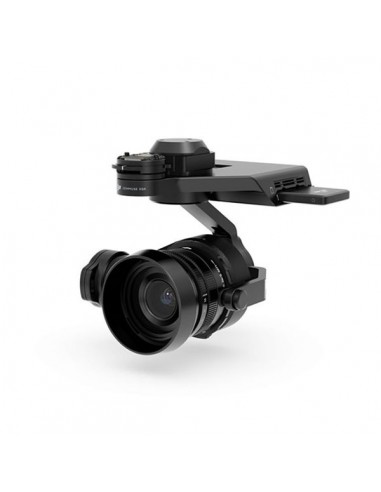 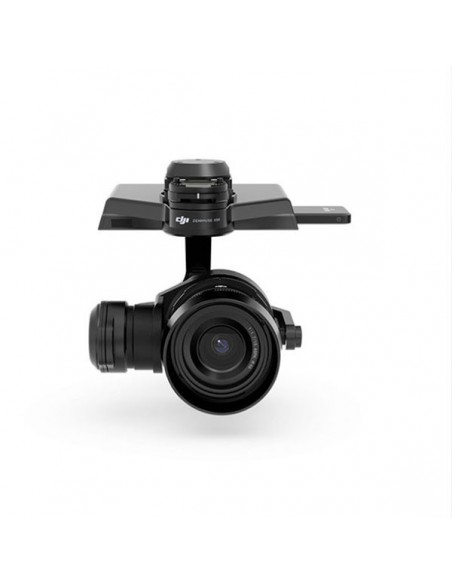 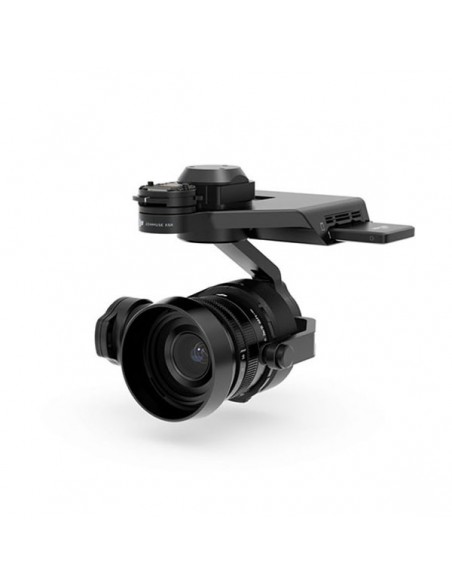 The Zenmuse X5R is also the first camera of its kind capable of shooting 4K RAW (raw video), making it perfect for professional film. As 4/3 cameras, you have a choice of lenses and total wireless control over focus, aperture and more.

Compatible with Micro Four Thirds lenses, DJI explains that they are the first cameras belonging to this standard designed specifically for drones. Its technical features are far superior to those offered by its Zenmuse X3 camera, clearly pointing to audiovisual production studies more than to the agronomic and security industries.

Photographs at 16MP with sensitivities of 100 to 25,600 ISO, and are supplied with a 15mm f1.7 developed by the DJI itself and a 512GB SSD hard drive.
Characteristics of the DJI Zenmuse X5R

The next evolution of aerial cameras

The new camera Zenmuse X5R micro 4/3 is made specifically for photography and aerial cinematography. Designed to work with the Inspire 1 platform, the Zenmuse XR5 is capable of recording 4k RAW videos at 30 fps (2.4Gbps maximum bitrate) and taking pictures at 16MP.

Equipped with an interchangeable lens MFT, allows a total wireless remote control on focus, aperture and more, this way you can make the shots as you want.

Welcome to the future of the aerial image.
Revolutionary sensor

The powerful micro sensor 4/3 is absolutely revolutionary. The sensor is 8 times more powerful than the X3 version, included in the Inspire 1. This new MFT sensor allows a high quality recording of images with a high sensitivity in an ISO range 100-25600.

The sophisticated balance between high resolution, accurate recording and low noise levels are the most powerful weapons in this new camera.
Ready to fly


To create the first fully integrated, professional aerial image system, the Zenmuse X5R was created and designed from the start to be perfectly compatible with the Inspire 1, DJI's most advanced Quadcopter. With 360-degree camera movement and dual-controller support, the Inspire 1 is a favorite of multi-copters ready to fly as an aerial platform for enthusiasts and professionals around the world. Now, with a simple installation procedure, you can upgrade the camera on your Inspire 1 to the Zenmuse X5R, greatly increasing its imaging capabilities, while maintaining its ease of use and reliability.
Take control

With the Zenmuse X5R you will have an unprecedented level of control in your hands. With its intuitive autofocus mode, you can with a single touch on the screen of your mobile, focus on the area you choose. It is also possible to easily change the shutter and aperture levels through the DJI GO application.

Manual / automatic focus, shutter, white balance and aperture control are also available, which gives you unlimited freedom to create any type of image you want. With the Zenmuse X5R, you are in complete control
With the Zenmuse X5R, DJI has brought the power of RAW to a dedicated aerial camera for the first time. Able to record 4K (3840 x 2160) in videos
RAW up to 30 frames per second, the Zenmuse X5R gives you the ability to capture each video with all its original data intact, giving you complete control to edit each single frame in the position as a RAW file. Along with a maximum bitrate of an amazing 2.4Gbps, the 4K videos recorded by the Zenmuse X5R will surprise you with a level of detail and clarity that is absolutely incomparable with any other aerial camera.
MFT
Thanks to its large MFT sensor, the Zenmuse X5R is capable of producing ready to print 16 MP still images with an incredible amount of detail. With
High quality, high sensitivity image recording capability, the Zenmuse X5R captures JPEG and RAW photos, which meets the highest
of the rules. The extra pixels (25% increase over the original Inspire 1 camera) will not only provide you with more detailed images, but also more
space to work with in the post-processing. P / S / A shooting / M modes are available, which gives you the freedom to fire the way you want.
Professional aerial video

The Zenmuse X5 allows you to record level images