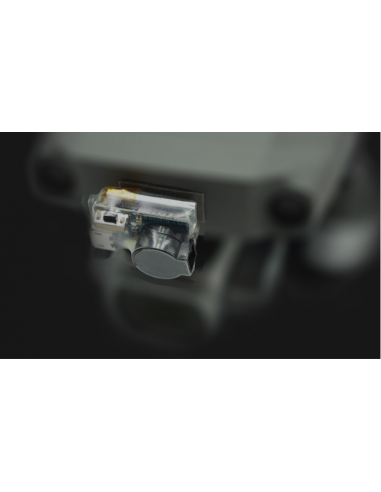 Some drones like DJI models are installed with GPS that only provide you the draft location, with the sound help, you can find your lost drone precisely. With the built-in motion sensor and lipo battery, VIFLY Beacon can detect the drone crash automatically and make the alarm to help you locate the lost drone.

The mechanism of VIFLY Beacon is based on the motion sensor, attach it anywhere on the drone to detect the movement, no wire, no soldering.

To easily find the lost drone in long distance, VIFLY Beacon is installed with a very loud beeper that the dB is over 100. In addition, the LED on VIFLY Beacon can flash automatically when the built-in light sensor detects the light darkness

If someone wants to take the done away when it is in alarm status, VIFLY Beacon will beep continuously to warn the picker.

VIFLY Beacon LED light can flash automatically at night to make the drone visible when the built-in light sensor detects the darkness. Weighs only 6 grams that almost no impact on your drone’s flight performance.

PISTA ATERRIZAJE 55CM-P2-BL
€21.40
Check availability for preorder with Sales Dep.Portable and easy to use. Protects the gimbal and camera. Pegs are included for securing to the ground.

* Out-of-Stock , check the preorder availability of this product with sales dep.
Mavic Mini

* Out-of-Stock , check the preorder availability of this product with sales dep.
Mavic serie